Elizabeth “Betty” Williams (nee Kraakevik) of River Forest, beloved mother, and sweet, loving, adventurous grandmother, passed away August 3, 2022.
Betty was born August 9, 1944, in Portage, Wisconsin, and grew up in Decatur, Illinois. She attended William Woods College, the University of Iowa and Millikin University.
It was at Milliken that she met her future husband, Bob Williams, who said her beautiful blue eyes were the first thing he noticed. They wrote poems to each other as they courted, a tradition she continued throughout her life, writing both meaningful and funny poems for the birthdays and special occasions of her loved ones.

When Betty and Bob married in 1968, they moved to the Chicagoland area, settling in Oak Park. Three years later, they had their beloved daughter Amy. Betty was truly the best mother anyone could have, always present, always kind and always loving.

After moving to the Chicago area, Betty worked for several different companies in the city. In 1975 she started working for Taubensee Steel and Wire Company. After devoting more than 36 years to the company she retired in 2011.

Outside of work, Betty had many passions, but none stronger than the love for her family.
She loved spending the better part of her summers with them on Cranberry Lake in Eagle River, Wisconsin, where the days were spent on the lake, the nights were spent toasting s’mores and playing games, and she was often known to hold a megaphone, yelling to boaters to slow down.

Betty also loved baking cookies, especially at Christmas time. Each year, she and her three granddaughters (who called her Nainy) made traditional Swedish pepparkakor together..
She never said no to an adventure her family invited her on - including driving to the top of a mountain to see fall foliage, tubing, or going on a ride through the forest in an old army Jeep.
Betty was sweet, smart and would do anything for anyone, but hated asking for help herself.
She loved to play piano, sing and listen to all kinds of music, seek out finds at estate sales, refinish furniture, watch musicals and garden. For a stint she even worked as an extra on Chicago-based TV shows, including Chicago Fire.
Betty also loved walking - walking through the woods and through the beautiful streets of River Forest, where she and her beloved dog Cubbie were a fixture and got to know many neighbors and friends along the way.

Betty was preceded in death by her husband, Bob Williams, and parents Archie and Edith Kraakevik.
She is survived by her daughter, Amy Elisabeth (Williams) Johnson of Huntley, beloved granddaughters, Catherine (22), Annabel (19) and Elizabeth (16) Johnson, devoted in-laws Dave Williams, Larry and Mary Williams of Oak Park, dear friend Joan Hopkins, many loved nephews and nieces, many newly-discovered, and loved, half-siblings, and, and of course her walking companion, her loyal dog, Cubbie.
A funeral service will be held at 11 a.m., Saturday, August 13, at First Presbyterian Church of River Forest.

All arrangements entrusted to Chicagoland Cremation Options of Schiller Park.

Betty was the best and will be missed by all, including her former work family at TSW. Betty was patient and taught me so many things at TSW when I came to work at the company in the late 70’s. Betty was our jewel and we were very sad when she retired. But we were happy to hear she was able to be with her family more and enjoying retirement. Gone too soon, RIP dear Betty.

My sympathies to you, Amy, and the grandchildren. I would talk to Betty as she was walking Cubbie down the street or alley. Will miss her.

Life just won’t be the same without you, Betty. You brought joy to us with your visits, your jokes, your emails, your smile, your kindness. We love you and your family.

I worked with Betty almost all the days she was working at Taubensee Steel and Wire!
Betty had a radiant smile, quick wit and devotion to her job and work mates. I know her family will miss her!

We were Betty's neighbors for thirteen years. What a beautiful lady inside and out. Would check up on us to see if we needed a ride to get our groceries. Enjoyed her cookies every Christmas. Introduced us to Miriam and the Hopkins. Fare thee well, until we meet again. 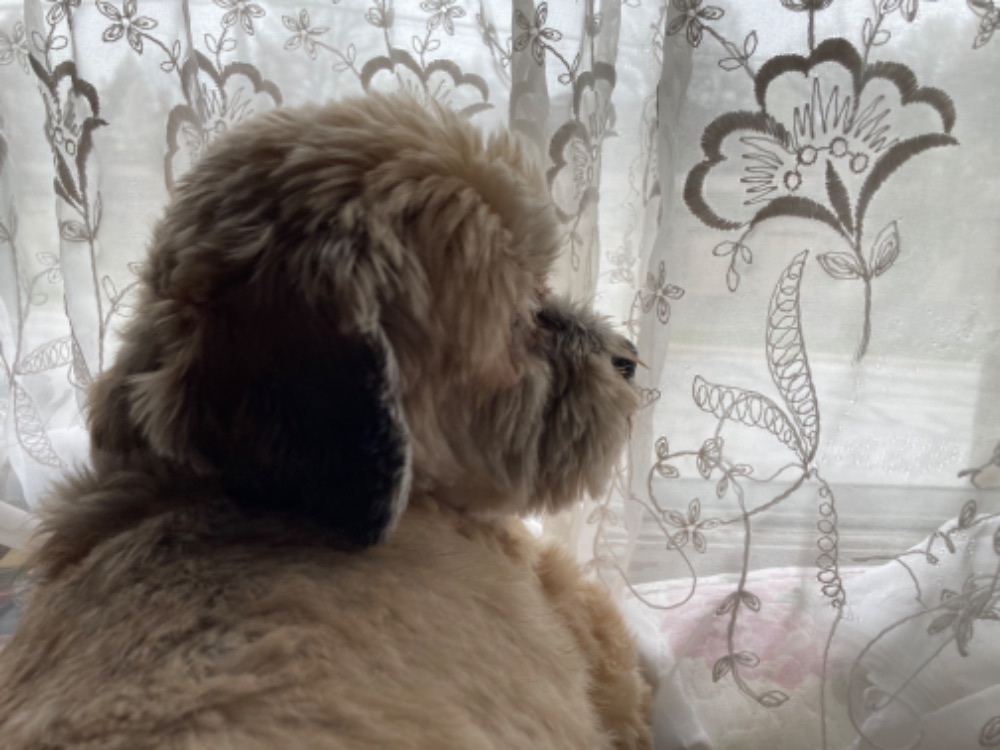 A candle was lit in memory of Elizabeth Williams