A man of his times, resourceful and determined to overcome any challenge he encountered. In his youth, he took pleasure in a variety of activities ranging from dancing vaudeville alongside his sister, testing his flexibility in gymnastics, and ultimately took to running track in the Army and in college at Loyola University.

Jim was a Veteran of the 384th Bomb Group, piloting a full combat tour of 35 missions over Europe in B-17 aircraft during World War II in the 8th Air Force's strategic bombing campaign against Axis powers.

Upon returning home, he wed his sweetheart, Nancy O’Malley, and began his career in sales, working at F.H. Lawson. Upon the sale of F.H. Lawson, Jim decided to pursue his own ventures and ultimately retired to spend quality time with his family and friends.

An avid golfer, he took great pleasure fostering relationships on the green which he continued well into his 80’s. Later in life, he found respite in poetry, authoring a few poems that showcased his humble-humored nature.

A devoted husband, father and grandparent, Jim found great pleasure in the “simple-things”. Only 3-months shy of his 100th year, Jim lived a full-life, attributing his successes to his determination and resiliency that were rooted in his ultimate mission - providing for his family.

In addition to his parents, he is preceded in death by his late wife, Nancy, sister, Ellie and son, Joe.  A devoted father, Jim is survived by his children: John Wehrheim (JoAnn), Karry Gato (Jose), and Tom Wehrheim. His beloved grandchildren will treasure the memories made with him: Luke Wehrheim (Rachel), Jess Gato-Williams, Nicklaus Wehrheim (Dana), Regina Gato (Trevor), Maile Walters (Pat), Carli Krause, Sara Wehrheim, Shane Wehrheim and Kananni Wehrheim. And his adoring great-grandchildren are grateful to have known him: Lucas and Connor Wehrheim, Robin and Luke Wehrheim, Maddie and Jordan Krause, and Ualani Walters.

Per Jim’s wishes, there will be no services held so that his estate may benefit others, rather than himself. Celebrate Jim's life by making a donation in his memory to the Dominican Sisters of Sinsinawa at: https://www.sinsinawa.org/forms/p/donation/

I’m old and worn and tattered

but the spirit behind the flag

is still relevant, true, and strong.

I’ll fly as long as there is a thread

to bind my flag together.

So much to love with family and friends,

What a beautiful poem Uncle Jim I'd love to read all that you wrote. You left a positive mark on this world and I feel blessed and happy that I had so much time with you. Rest In Peace you deserve it 😘

A photo was added for Francis Walter Wehrheim 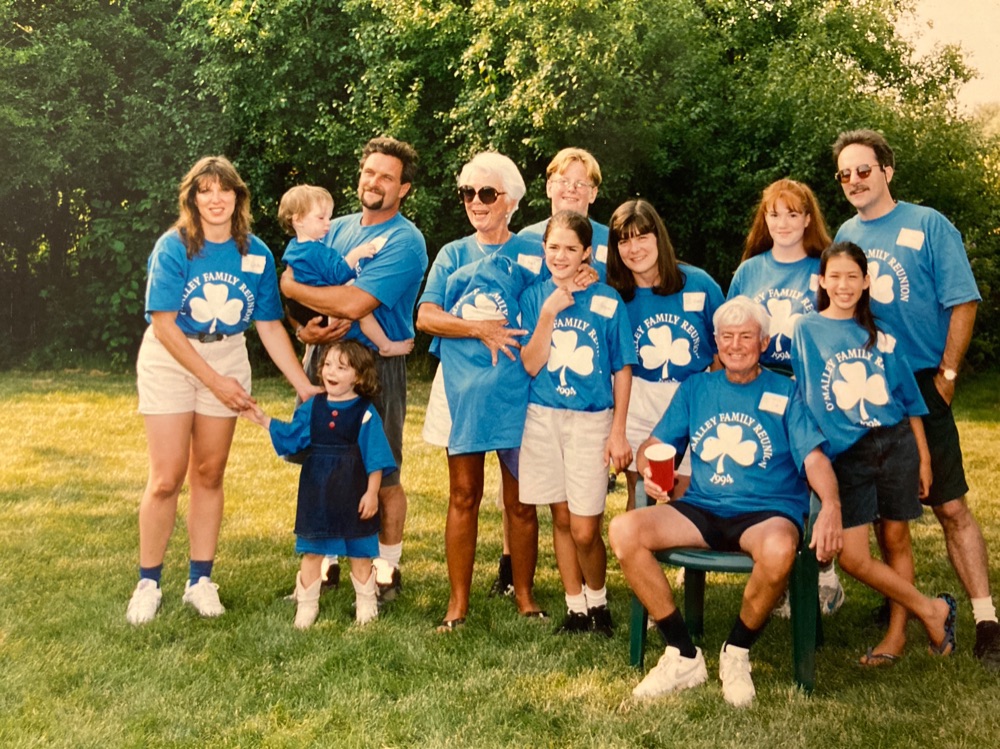 I'm so honored that I had the opportunity to know Grandpa Jim. I loved his stories and his love for family. I know he will be greatly missed, but I pray that his beloved family will be uplifted with sweet memories 🙏🏼