On October 25, 1964, he married his first wife Gloria Strauss, who preceded him in death on January 21, 2005. He married Claire Pensyl on Feb. 10, 2006, who survives. In addition to Claire, Ira’s legacy, values and outlook on life are carried on by his daughter, Amy (Andy) Lavalley; his son, Brian (Christine) Bell; and grandchildren Joseph Lavalley, Anna Lavalley and Jeffrey Bell (fiancé, Katrina Gieser).

Ira Bell was a giant at 4’11”. What he lacked in vertical stature he made up for with his
personality, humor, intellectual mind, sense of calming stability and immense warmth.

Born on August 4, 1935, in Chicago, to Benjamin and Ida (Luterman) Bell, he never strayed far from his beginnings in Uptown, working his way to Rogers Park, South Evanston and Wilmette but never far from Lake Michigan.

He attended Sullivan High School, graduating in 1953 and 3 of his classmates remained friends for his life. Ira spent one day at DePaul, two years at UIC Navy Pier and received his undergraduate degree in history at Northwestern University. At times he regretted not pursuing graduate education in history.

Ira had an appendicitis attack and his father died during his first year of law school at the
University of Chicago. For the second and third years of law school he commuted from Rogers Park to Hyde Park for class. Before he graduated his uncle Harry died. Ira had assumed that he would become an employee of his uncle’s law firm. He graduated and began looking for a job. Biweekly long, long phone calls with one of his law school classmates was one of the best events on his calendar in the past few years and they had a chance to visit in person on October 17th.

He spent 25 years in a law firm anchored by the outsized (and very different) personalities of Harold Perlman and Harry Schulman. Harry had no interests outside the law and expected Ira to have similar devotion.

Despite Harry, Ira was a regular at Mr. Kelly’s, the London House, the Earl of Old Town and a little bar tucked in an alley south of Oak Street and he had a lifelong love of jazz and folk music. Over the years he and Gloria, and then he and Claire has CSO and Lyric subscriptions, and many other musical events in a variety of venues. Ira and Gloria attended two Grateful Dead concerts, the first with Amy and Andy, and Ira and Claire saw Jerry Garcia’s last performance at Soldier Field, drawing a sense of wistfulness from Amy and Andy.

His love of the water began while he was still in school. Ira and a friend scraped up enough money to buy a Klepper folding boat and took on the waters of Lake Geneva. Having a taste of that freedom that can only come from the water, Ira took on sailing with a small Sunfish. As with everything in his life he continued to advance the bar by moving up to a Lightning. Having “mastered” the art of sailing it was time for him to move from the sheltered waters of placid Lake Geneva to the wilds of Lake Michigan. He raised his family plowing the shoreline in a Choy Lee 31 and finally a Pearson 323. Sailing was not just a sport for Ira but more of a tool to spend time with family and friends. If it was a Wednesday summer evening, there was always space on the boat with him for a sail and dinner, regardless of who you were.

Ira thought that it was essential to own a convertible. He owned a Chevy Impala, a VW Bug, a Chrysler LeBaron, an Infiniti and a BMW. At its end the VW Bug had only second gear and reverse and allowed you to view the road through the rust spots in the floor. Claire has a vivid memory of the view of the steel bridge on the Dan Ryan during her first ride with Ira to a far south side client. The incompatibility of hardtop convertibles and wheelchairs forced Ira to settle for a Volvo sedan in 2016 but in August 2021 as his physical therapist was suggesting that Claire and Ira might consider purchasing a wheelchair accessible van, Ira was pushing to buy one last convertible.

Ira took his position of fatherhood as unconditional. He was nurturing, encouraging and supportive, regardless of how ridiculous his kid’s ideas were. He had the ability to tell you that whatever you were going to do was a bad idea without actually saying it. The pride across his face was evident the days when both of his children married in the back yard of his Wilmette home, even though there was an insufficient number of bathrooms for the guests, over ordered Sprites and plywood was needed so that the bride and groom would not sink into the mud. Even as adults, Brian and Amy viewed Ira as the lighthouse they could always turn to for guidance and direction in good times and bad.

A Sunday morning was always off to a good start when it included bagels still warm from New York Bagel and Bialy, a solid shmear of cream cheese and lox from Once Upon a Bagel, good cheese, lots of coffee and the happy chatter of family coming together.

Friendship was just as valuable and unconditional to Ira as family was. Friends old and new…received the same level of compassion, camaraderie and commitment. Ira’s friends often referred to him and a mensch, the Yiddish word to describe “a good person.”

His enjoyed the arts in its many forms. Ira and Claire attended many, many book discussions at The Bookstall in Winnetka and the Evanston Public Library and have another long-lasting friendship from a shared delight in reading and discussing what he read. As his ability to read diminished recently, he readily adapted to audiobooks and asked Claire and his beloved caregiver Kafayat to read aloud to him. Reading was as essential to him as food and water.

Nothing ever slowed down Ira, not even Parkinson’s Disease. With Claire’s dedication, determination and patience, Ira learned as much as he could about Parkinson’s Disease and was bolstered by many supportive communities, taking exercise classes, dance classes and improvisation classes at Second City, remaining physically and intellectually active and, for one season, again briefly captured the joy of sailing. He also participated in many clinical trials to advance Parkinson’s disease research as his way of giving back to a community he was very much embedded with.

Claire, Amy and Brian are grateful for the many messages of condolence and memories that they have received. Dr. Angela Roberts said “Ira was a wonderful man: courageous in his fight, generous in time and spirit, devoted to making a difference, and brilliant.”

A private celebration of Ira’s incredible life will be held at a future date.

Memorial donations may be made to the Parkinson and Movement Disorder Alliance. www.pmdalliance.org and the Judd Goldman Adaptive Sailing Foundation www.juddgoldmansailing.org

I just found out about Ira's passing. My love for you and your family is eternal. I am here for you.

BeAutiful tribute to a wonderful man who loved his family very much. Thinking of you all during this difficult time.

That was such a beautiful memorial. So lovely- so full of love!! My heart is with you.

4 photos were added for Ira Bell 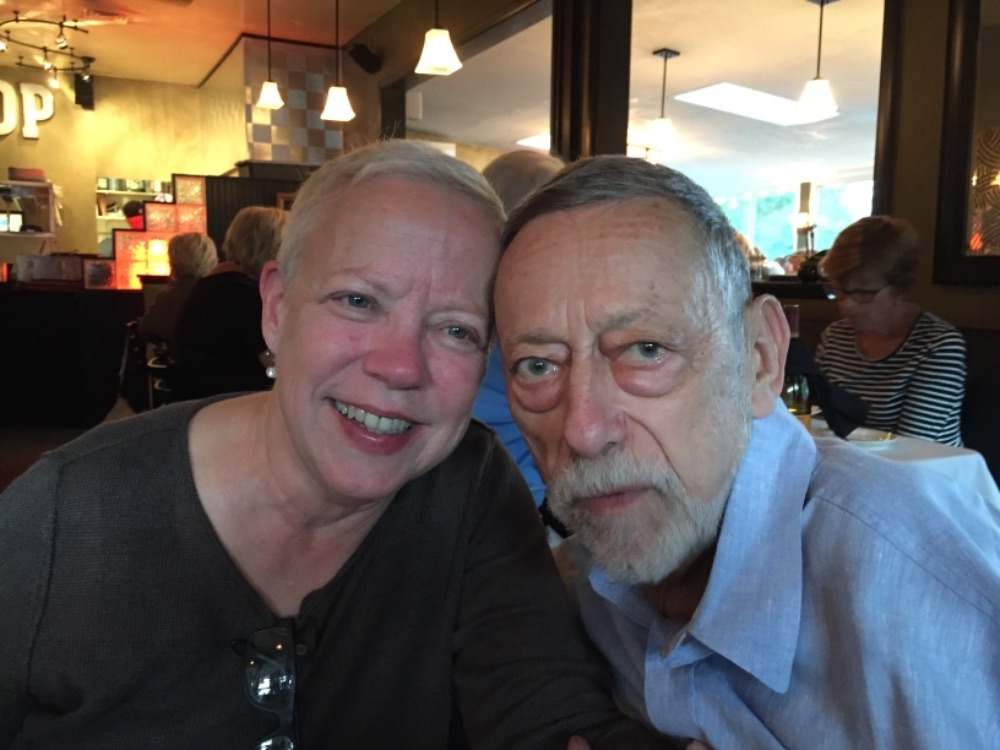 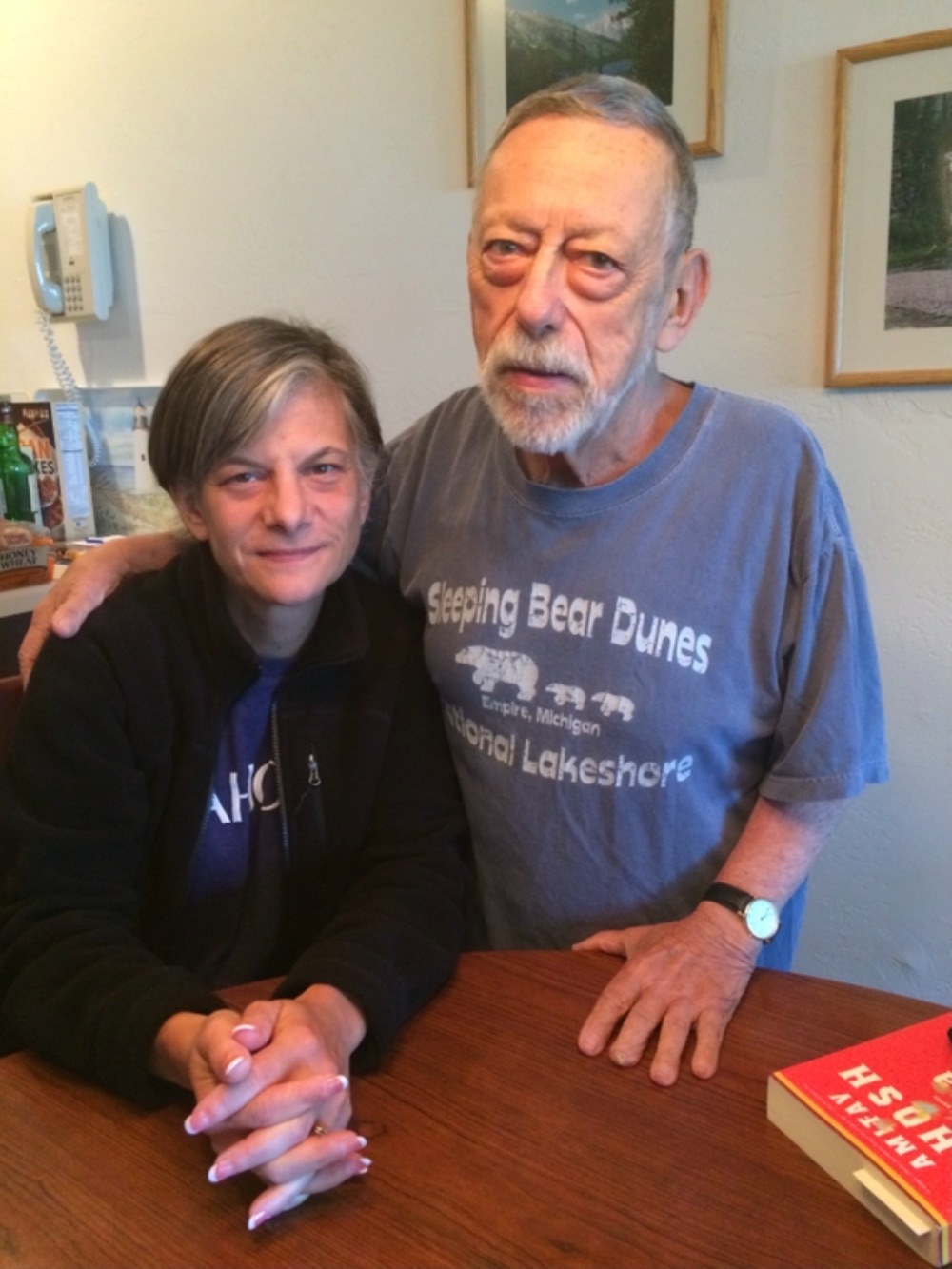 A photo was added for Ira Bell